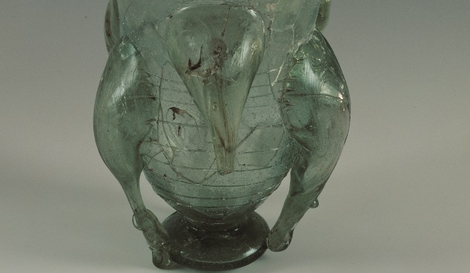 In the early Middle Ages, glasses were not mass-made products. Instead, they were luxury items, which were adapted to the drinking customs of wealthy Franconians that had been adopted from the Romans. This claw bowl was a valuable piece in the grave of a wealthy woman.