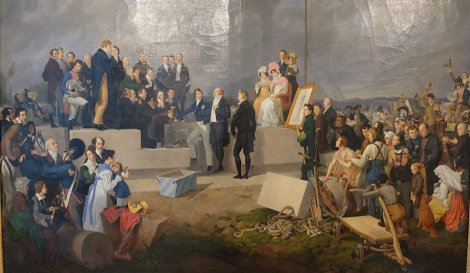 “Ein werk – eine zeit – ein signal” (One Work – One Time – One Signal) stands next to the silhouette of the lighthouse in the sign, with which the Museum für Franken is displaying its new series of exemplary presentations of outstanding objects. It singles out individual pieces from the extensive permanent exhibition and illuminates their design, how they came to be created and their stations throughout the course of history. Put into context in this way, lighthouse items cast a characteristic light on their era. Their signal enables visitors to navigate the widely ramified courses of history as well as the museum tour itself. The lighthouse items are more than just guides: they are an invitation to the visitor “to debark”, to get involved in a piece of art and its history – with the awareness that analysing historical items is worth it. The first two lighthouse items will strike hurried visitors due to their topical, modern staging and lighting. For some, the brief text on the wall will be enough to answer their questions. Others will use the inviting seats and grasp at the in-depth information in iPad or book format.

The first two "lighthouses"
The bureau for Prince-Bishop Friedrich Karl von Schönborn, created in 1745 in Würzburg by Carl Maximilian Mattern and Johann Wolfgang von der Auwera, is representative of the flourishment of the arts in the course of the construction and furnishing of the Würzburg Residence in the 18th century. It was presented to the public as a lighthouse on 29.3.2012. Adam and Eve, for the Marktportal (Market Portal) of Würzburg’s Marienkapelle (Chapel of Mary) by Tilman Riemenschneider 1491 – 1493, cast their light on the work of the sculptor, on Würzburg in the Late Middle Ages and on art for citizens in public spaces. They have been staged as lighthouse items since 26th July 2012. This makes the museum fun – even for children, since they are introduced to the lighthouse items by "Mimi", the museum weasel – be ready for a surprise! 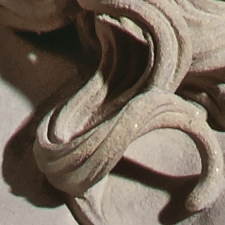 from the Marktportal (Market Portal) of the Würzburg’s Marienkapelle... 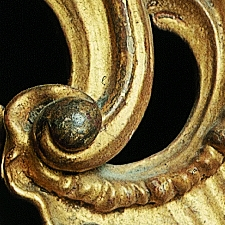 The Mattern bureau, the first “lighthouse item” of the Mainfränkisches... 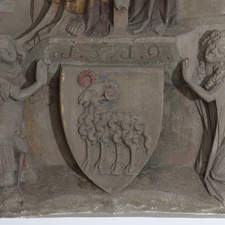 from the Würzburg Bürgerspital (Public Hospital) in Würzburg, around...