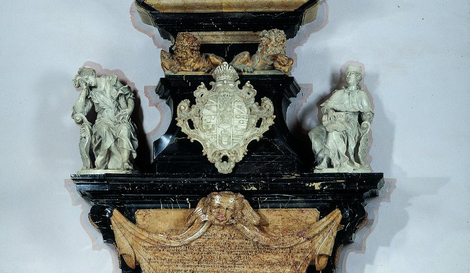 The funeral monument was originally positioned together with its counterpart for Lothar Franz von Schönborn in Bamberg Cathedral. Removed from there in 1837, the two found their way to the Mainfränkisches Museum, where they adorn the Schönborn Hall, which was named after them and is used for concerts.