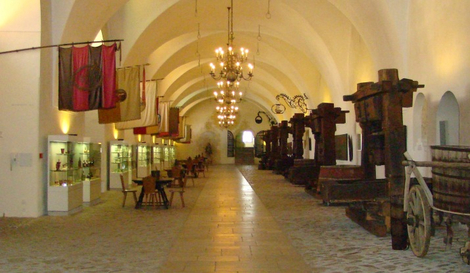 The Museum für Franken was originally a body of the city of Würzburg and from the 1st January 2003 to the 31st december 2017, it has been an institution in the legal form of an administrative union funded jointly by the city of Würzburg and the Unterfränkische Kulturstiftung, a cultural foundation in the district of Lower Franconia. Since 1st January 2017 it is a Body of the State of Bavaria

Founded in 1913, it lost its building in Maxstraße and large parts of the collection during the city fire of Würzburg on 16th March 1945. Since 1947, it has been based at the Marienberg Fortress in the baroque armoury and in the Echter bastion of 1605/06. This is where its art history and cultural history collections about the central Main region, the former Prince-Bishopric of Würzburg and the dukedom of Franconia are housed. The Fürstenbau (Prince Bishop’s Residence) accommodates the Department of City History.

Thanks to the outstanding artistic work of Franconian artists and artists working for Franconia, the museum has been able to become an establishment of international ranking. The atmospherically furnished exhibition rooms are impressive, with the historic building fabric offering the pieces in the collection an ambiance true to their style. The visitor walks through halls, rooms and parlours, in which the artwork is presented more in view of its harmonious interplay than solely following academic principles. Each room in the museum grants another view into the past; the varied collections open up in a new way during each museum tour – like a kaleidoscope. There are 45 exhibition rooms at the Mainfränkisches Museum. They include the Department of City History of the Fürstenbaumuseum in the third courtyard of the Fortress.